Bucharest 1989 – the last year of Ceausescu’s dictatorship. Eva lives with her parents and her 7 year old brother, Lalalilu. One day at school, Eva and her boyfriend accidentally break a bust of Ceausescu. They are forced to confess their crime before a disciplinary committee and Eva is expelled from school and transferred to a reformatory establishment. There she meets Andrei, and decides to escape Romania with him. Lalalilu becomes convinced that Ceausescu is the main reason for Eva’s decision to leave. So with his friends from school he devises a plan to kill the dictator.

Beautiful indeed. The beauty of this film is that it presents with high fidelity a era not so long ago in our life but so long ago in our memories. It’s like you were closing your eyes and go back in those time. The atmosphere is recreated in the smallest details. Even the bottles of milk are the same they were 20 years ago. The director is not a judge, he just presents facts through eyes of different persons, as he recreates the every day life of people. this film is not a film of hate as we were used 17 years when we saw film about that times. It is a film to see with your heart open, with your soul free of any ideeas. It is a film of making peace with the past and with ourself. Take just little from your time and go see it. 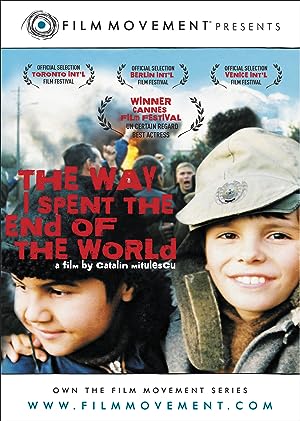