The Wild Boys 2017 with English Subtitles

At the beginning of the 20th century on the island of La Réunion, five adolescents of good family, enamored with the occult, commit a savage crime. A Dutch Captain takes them in charge for a repressive cruise on a haunted, dilapidated sailboat. Exhausted by the methods of the Captain, the five boys prepare to mutiny. Their port of call is a supernatural island with luxuriant vegetation and bewitching powers.

It’s sort of avant-garde fantasy with moral layers. Weird film, but intriguing till the end. Then I grasped how convincing it really is into its being truly thought-provoking.

An open mind is a necessity (plus it’s french, lol). Several artistic references are there for who can recognize them.

I feel the black&white scenes really add to the story. The island seems amazing. The cast and directing are excellent! Certain scenes stay with you quite some time. Oh, and there is a fake ending and a little extra for who sits till after the end titles. 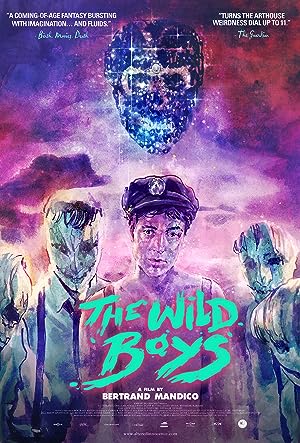 2 reviews for The Wild Boys 2017 with English Subtitles