In the Ottoman province of Hijaz during World War I, a young Bedouin boy experiences a greatly hastened coming-of-age as he embarks on a perilous desert journey to guide a British officer to his secret destination.

I just can’t believe i waited until now to watch it !!

The story is sensational and captivating .. I could only imagine that replicating such a powerful story from that period of time is so hard .. My only note is it just felt a bit short or just fast, yet the plot itself was clear and easily engaged with and the script appeared strong and connected even though again it would look short and simple but i think maybe for the Arabic viewer that would be more digestible than having a long conversation in bedouin accent.

As for the cinematography I would be 100% confident by saying this is a huge step for the Jordanian Film movement , as The movie looked so professional and i’d say in an eye bat it deserves a spot in the Oscars short list.

The Cast was Amazing, The young boy was just so into the role .. it’s just like he is and always has been Theeb for so long.

And to the most Important and (In my opinion) most noticeable part in the movie and made it pop; The Soundtracks .. I mean My goodness !! the songs the humming, the low level clap on the background .. my heart just synchronized it’s beating with the music in the movie … first time i’v heard of Jerry Lane but i’m hoping, Oh hell i’m sure it won’t be the last.

So overall, The movie was really good, again wished the the story would’v gone a bit longer with a little more pages on the screenplay .. but that does not make the movie any less charming and delightful … And i really hope you guys do it in February 28 next year xf0x9fx98x89 fingers crossed. 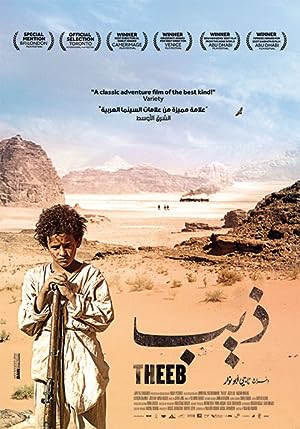