Theo and Hugo meet each other in a sex club in Paris. After building a special connection while having sex, the meet outside the club where they realize they had unprotected sex. Since one of them is HIV positive, they go to the hospital to get checked and start the required treatment. You see the boys spend the night together and fall in love after this incident.

This is the most mature work to date from Ducastel and Martineau, whose “Ma Vie” and “Cockles and Muscles” had reasonably wide distribution. It won’t be to everyone’s taste because it begins with a long, explicit sequence shot in a Paris sex club. It soon becomes apparent that the (unsimulated) sex between the two leads (Geoffrey Couet and Francois Nambot) is crucial to the plot. The lovers hope that they may be able to have a relationship; but a dreadful realisation leads to a crisis. Couet and Nambot, who are that rarity, actors who can have sex and portray characters with equal conviction, spend much of the film walking and bicycling through Paris, deserted in the early hours of the morning. These scenes are memorably shot by Manuel Marmier. A lot of viewers are going to want to re-trace their route. Along the way they meet Parisians who may have something to teach them. The final scene is beautifully written and will stay with you. All the performances are exemplary. Although the film has links with classic French cinema, notably “Cleo From 5 to 7”, it is also a film of our time. It could easily become a seminal gay drama that will take its place with “Victim”, “Cruising” and “Taxi zum Klo”. Many other films have tried and failed to achieve the results the directors have achieved seemingly without effort. 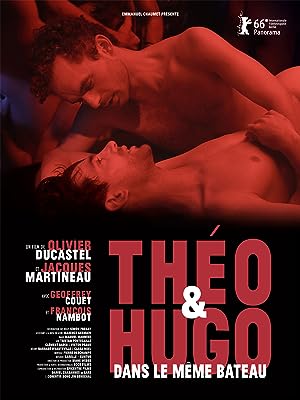