Two best friends witness a murder and embark on a series of adventures in order to prove the innocence of the man wrongly accused of the crime.

A mischievous young boy, Tom Sawyer (Jonathan Taylor Thomas),witnesses a murder by the deadly Injun Joe. Tom becomes friends with Huckleberry Finn (Brad Renfro), a boy with no future and no family.

Going through the Top 250 lists from various years, somehow this ended up on the list for 1996. Of all the lists from 1996 through 2014, this first list is the most bizarre. Others have films that clearly do not belong, but none more than the 1996 list. And this is a prime example. How did a film that barely ranks above 5 out of 10 manage to be considered one of the best of all time? Not that this is a bad film. As far as kid stories go, it is alright, and not the worst introduction to the world of Mark Twain. But it is clearly not intended to be a masterpiece, but more like something one might see on the Hallmark channel. Just a showcase for the now-forgotten Jonathan Taylor Thomas. 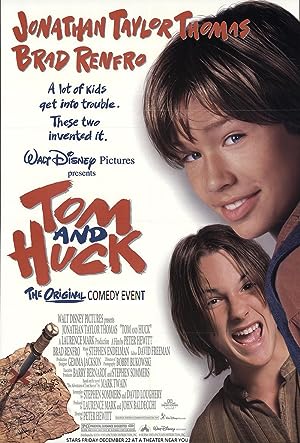