An apathetic teenager with sex on his brain decides to ditch school. The decisions he makes culminate into something of a waking nightmare, tearing apart any facade he has put on and revealing his true personality.

This 80’s set short film plays out in a way that is different from the way it seems on the surface. It is a film of two halves. The first is typical ‘bad boy’ teen stuff, with the lead character skipping class, smoking, and making out with girls under the bleachers. The second half sees that character alone in his home when he hears what he believes is an intruder. At this point the film takes on a sort of horror tone which appears to shift the film, but in reality it links directly to the teenager we saw in the first half.

It does this by showing us the opposite of what we saw in the first half. Where we saw devil-may-care-loner, now we see a boy alone in his own house, disturbed by noises he doesn’t know. Most tellingly, the TV playing static and porn, which seems to spook him by virtue of being on by itself, is a very accurate representation of what it is like to come face-to-face with graphic pornography when previously you though you knew it all because you touched a boob once. This is very well done because it is clear as day, but yet belongs very much in the horror setting. It is well played, stripped down, and effective – perhaps not the most accessible, but it worked well for me. 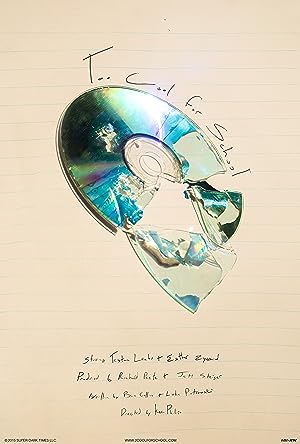