Too Late to Die Young 2018 with English Subtitles

Democracy comes back to Chile during the summer of 1990. In an isolated community, Sofía (16), Lucas (16) and Clara (10), face their first loves and fears, while preparing for New Year’s Eve. They may live far from the dangers of the city, but not from those of nature.

Democracy has lately returned to Chile, and Castillo’s mise-en-scene celebrates by showing a community of hill-dwelling outsiders in wide open frames. Their beautifully ornate homes, their richly textured lives, their various craft-based professions, their creativity celebrated and rewarded, all of it comes across as richly varied as the many weathered faces on the mountain. They live outside of society and their few forays into it usually lead to trouble: a beer run ends in violence, a woman trying to reclaim her daughter’s dog ends in tears, a mother never arrives to rescue her child from life with her father. Out there it’s a big messy mystery. In the hills at least they know who and where everybody is. 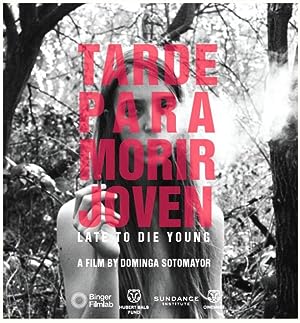