Thomas and Alfred were born around the same time; a fire in the nursery had nurses scrambling to save the newborns. Because he felt that he deserved Alfred’s good fortune at being born into a wealthy family, Thomas conceives the idea that he and Alfred were switched at birth, and he can’t help seeing that his unhappiness should be Alfred’s, from the loss of his sister to his inability to have a relationship with the woman Evelyne. So, as his life is ending, he formulates a plan of revenge against his bitter enemy, his lifetime adversary, the man who stole his existence.

Toto the Hero is one of those rare films that improves with each viewing (and you will want to watch it again and again) there are enough levels going on to satisfy the hardened movie deconstructionist but at the same time the story-telling is engagingly simple and seemingly naive. At the surface level a narrative of lost love, mistaken identity, family tragedy, life/death and tulips. Dig deeper and there is a complex reflexive subtext about language and subject identity that encompasses philosophy, psychoanalysis and the role of the media itself. Joyce, Levi Strauss, Freud and Lacan are cited alongside countless references to cinema and television. Watch the opening of Billy Wilder’s Sunset Boulevard or read the first page of Joyce’s Portrait of the Artist as a Young Man after Toto and you may catch my drift. A truly superb piece of cinema that skillfully manages to avoid the post-modern posturing that condemns many of Van Dormael’s contemporaries. 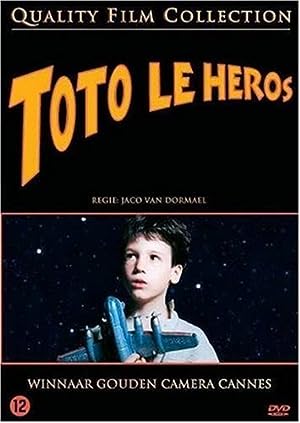