Craig Johnson’s poised and poignant first feature follows Sam (Mark Duplass), an, unbeknownst to him, washed-up rocker in the early stages of haggard. Jobless and apartment-less, he crashes with his aunt (a compassionate Melissa Leo) as a last resort and becomes reluctant camping-trip chaperone to her teenage son and a pal. That the three males are on par, maturity-wise, makes for engaging ensemble juvenilia. But in the stirring Pacific Northwest wilderness a surprising discovery turns dire — and the distance from boy to man must be covered overnight. Duplass’s ballsy and at times balls-out performance is a winner, particularly when Sam at long last takes stock of himself: it ain’t pretty.

True Adolescents had its world premiere at the SXSW Film Festival in Austin, TX. It is a solid effort at exploring the efforts of a man in his mid-30s who hasn’t quite grown up to bond with his teenage nephew and his buddy during a weekend camping outing. The characters are well-developed and the acting is solid. Mark Duplass’s Sam is a failed musician who needs to figure out what he is doing with his life. His immaturity is finally challenged as he is forced to become the responsible adult. The story is entertaining if not spectacular. The acting is fairly good and the characters and their relationships to each other are well-developed. The ending sequence seems a little hokey. Although, the film probably won’t get widely distributed, it is nevertheless a worthwhile effort. 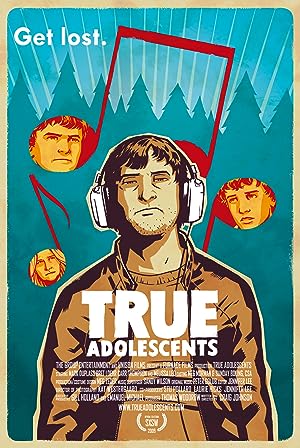 Be the first to review “True Adolescents 2009” Cancel reply