One of the Comtesse De Ségur’s most popular works,it tells the tale of an orphan ,Charles,mistreated by his wicked old cousin Madame Mac Miche ;nevertheless,Charles has many friends including sweet blind young Juliette and her sister Marianne, Mac Miche’s maid ,Betty ,her boyfriend Donald ,and even the judge ..When MacMiche sends her cousin to boarding school,he won’t stay long in this horrible place.

If you have ever read any novels by La Comtesse De Sequr you’ll realize these books on life are much more revealing than can be successfully transferred to the screen. Yet, under the direction of director Jean- Claude Brialy, it comes touchingly close. This is a French film about a young ten year old who parents’ have died leaving him in the abusive care of his brutal Aunt Alice (Leontine MacMiche) who has little compassion for young Charles, (Paul Courtois). His only safeguard is ‘Betty’ (Bernadette Lafon) a kindly maid in the employ of Madame MacMiche. Taking advantage of the Old woman’s superstitious nature, Betty is able to curtail the unnecessary punishments she inflicts on the boy. Believing she can squander Charles’ inheritance if the boy were transferred to an orphanage, she conspires with unscrupulous businessmen to house him with other boys in another brutal environment run by greedy, selfish and unimpassioned men. The movie is enhanced with common village Life and it’s daily routines which includes funerals and weddings alike. It’s a spirited movie displaying the universal traits of good and bad people everywhere. Still, if one desires a visit to early 19th century Normandy this is the movie for you. Recommended. 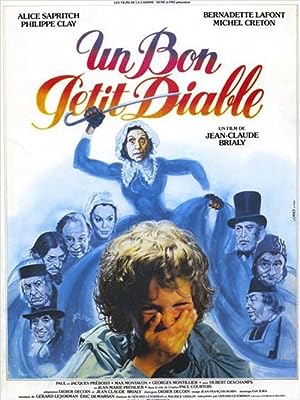