The sudden death of a teenager during a soccer match puts a small community completely off-balance.

It is odd that this film was taken up by the gay film distribution networks and even put on DVD for distribution. There is an unresolved subtle and all- but-avoided ambiguity around the lead Sebastian, but it’s more of a tease than anything substantial and i wonder who exactly it is in there for ? I find the ‘use’ of sexuality in this style a mixed bag. It aims for an understated (hence sophisticated) liberal inclusiveness whilst at the same time seeking to contextualise discourses on sexuality in new ways. However, in the end there is little if nothing at all to hold onto and consequently the sexuality question defaults elsewhere, in this case supporting an idea about male grief rather than male identity. Somehow i end up feeling led down the garden path.

For a made-for-TV-movie, the film is better than average in that it’s subject is thought provoking. But for cinema, it’s very average & typical french fayre, a little over laboured at times as it plods through the pedestrian small town conservative angst via an up-market televisual approach.

The main subject of ‘loss’ prevails and touchingly drives the whole forward and the acting is well observed though i found all the characters portrayed 2 dimensional, monosyllabic and lacking warmth or life for that matter. It left me not caring on occasion and wondering what i was doing sticking to the end. It’s as much a snapshot of the prevailing french catholic conservative character that dominates much of provincial France as much as it’s a story about human responses to loss. 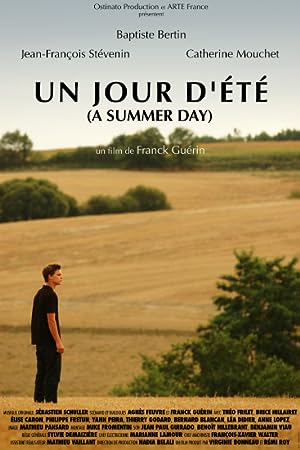