Mired in the nervous desperation of Havana, Raul dreams of escaping to Miami. When accused of assault, his only option is to flee. He appeals to his best friend, Elio, to abandon everything and help him reach his destiny, 90 miles across the ocean. Elio’s commitment is tested when he is torn between protecting his sister and his own desire to get out. On this one night, full of hope and fraught with tensions, they face the biggest challenge of their lives.

Una Noche was probably one of the most entertaining movies I have ever seen because of its intensity. Every scene filled me with fright, surprise, and of course, questions. I think my favorite scene of the movie was the shark attack scene because it scared me (even though I almost saw it coming). The result was unexpected. I did not think Elio would go missing, and I most definitely did not think that Raul and Lila would end up right back in Cuba. Even though this feeling of uncertainty is uncomfortable, it definitely makes the film even better. I would definitely recommend watching this film if you are interested in surprise, mystery, and fast-paced action. 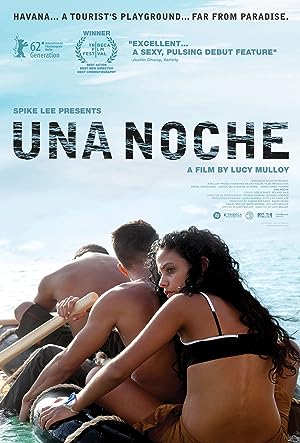