Helena is a recently graduated attorney that shares her routine between her job as a Public Defender of children and adolescents in the Forum of the city of Santos, Brazil, and the care of the teenager Caio, with whom she lives a harmonic and honest life. Their relationship is put to the test when Caio commits a felony.

The movie does has a pretty photography, until you realize it looks pretty much as shaky camera movements and cheap instagram filters. Acting from many characters is simply poor. Caio is not wearing a shirt 90% of the time. OK, OK, we get it. He is hot. And has a huge line of pubes coming from his groin. The story is told in the synopsis of the movie. Girl has that strange sexually tense relationship with Caio. He is a junkie with a predilection for an easy life. He does actually wear more handcuffs than shirts. There are some stories inside the movie. Believable stuff as a homeless underage kid with a full sleeve tattoo. It looks like he will be more important for the story, mostly because he takes one third of the movie and another instagram still shot of a mirror. All of a sudden the story takes a spin (that was stated on the synopsis). We get a LOT of bad acting from random people. After some nonsense that seemed to be based on detective movies. One of the last and most important characters for the storyline act on such a terrible way that you really can’t say if she is lying or telling the truth. 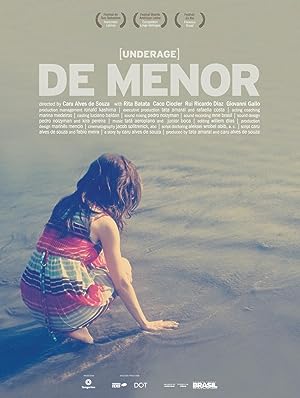 1 review for Underage 2013 with English Subtitles