Big Ben. Buckingham Palace. Trafalgar Square. St Paul’s Cathedral. Piccadilly Circus. The London that the world knows. But there is another side to London that remains unknown to the tourists, that emerges only at night, that comes alive in aging terraced houses and sprawling estates. It is a world of pills of dubious origin swallowed hurriedly and hopefully, of music with a thumping beat that you’ll still hear when you wake up the morning after, of Rizla papers bought from an all-night garage, of bottles of mineral water shared as love tokens, of greasy kebabs eaten when the taste-buds have long since numbed, of sunrises viewed through stinging eyes. It is close to heaven, but it is very close to hell. For Rat, a fifteen year-old drug dealer, it is the only world he knows. Over one night Rat’s world turns upside down as he finds himself on the run from older, far more serious criminals. We follow Rat as he looks for shelter with those he thinks he can trust. As each door closes on him, the likelihood of ever seeing the light of day again grows smaller.

his film should have been the film of the year. Made for a ridiculously low budget, it tells the story of a young drug dealer named Rat who deals a bad E to a girl at a rave and is then pursued by the rave organiser who objects to Rat dealing on his patch. Told over the course of one night, Rat can find no one to help him find shelter and is turned away by friends and family, suffering one betrayal after another. A cast of unknowns (apart from Ian Drury) are superb and it is a crime that Paul Spurrier is not a major league director by now. I cannot rate this movie highly enough and I urge anyone with an interest in youth culture and great movie making to see it. 10 out of 10. 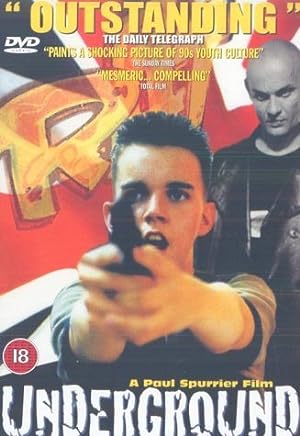