Oskari Sipola’s prior film, Elokuu, was one where he had carefully constructed a Mary Sue for himself to embody – an alias under which he could, through the lead actor, experience all the things he never did. The problem? That thing happened to be boning a lady he literally saw outside a disco and asked to be in this movie. It was super gross and the whole thing glorified everything about that asshole lead character while skipping over all the moral issues and problems his actions might have caused. In this musical-drama he uses a script he didn’t write and thank goodness that script is actually insightful and somewhat critical of the leads. This is refreshing in a country filled with films that tend to idolize their leads just because they’re played by charming actors. There are a lot of cool little insights throughout this movie and it’s well worth watching not only as a musical with good flow, but also as a critique of our modern day happy-go-lucky hippies. 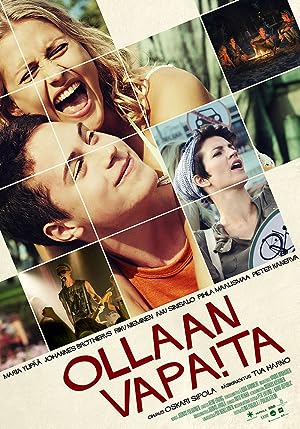 Urban Family (2015)
82 min|Comedy, Drama, Family|07 Aug 2015
5.2Rating: 5.2 / 10 from 101 users
Selja is in her thirties and lives in a shared flat with her friends. One day a boy appears at her door; a boy she gave up for adoption sixteen years earlier. Selja has a chance to get to …
Director: Oskari Sipola
Creator: Tua Harno
Actors: Maria Ylipää, Johannes Brotherus, Riku Nieminen, Anu Sinisalo