The film tells the story of a highly-gifted boy whose parents have demanding and ambitious plans for him – they want him to become a pianist. However, one day the boy, Vitus, is no longer willing to comply with his parents’ plans and ambitions because he wants to follow his own star.

I just saw this on a plane (and overseas flight) and I watched it twice, as it was so good. The acting was superb, the script very credible. This is perfect art-house cinema or Netflix material. So when do we get it here? Even just on video? (Is this where I whine that pleasant little gems like this go unnoticed by dumb Americans?) Besides, how many Swiss films will you ever see in your entire life? BTW, the piano playing fooled me entirely. I kept looking and trying to figure out how it was done (hence, the dumb American comment). It will be very easy for anyone who is smarter than the average bear to identify with this story. 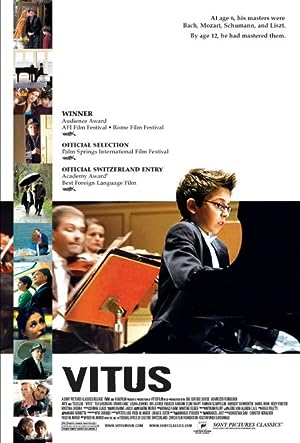