At the end of the Spanish civil war, Fando, a boy of about ten, tries to make sense of war and his father’s arrest. His mother is religious, sympathetic to the Fascists; his father is accused of being a Red. Fando discovers that his mother may have aided in his father’s arrest. Sometimes we witness Fando imagining explanations for what’s going on; sometimes we see him at play, alone or with his friend Thérèse. Oedipal fantasies and a lad’s natural curiosity about sex and death mix with his search for his mother’s nature and his father’s fate. Will Fando survive the search?

This film begins with a long credit sequence where a strangely catchy nonsense song sung by French schoolchildren is played over Boschian illustrations (by “Fantastic Planet’s” Roland Topor) of torture and sadomasochism. And the film never lets up after that. This is the first film of Fernando Arrabal, a Spanish friend and collaborator of the more famous (and more notorious)Chilean director Alejandro Jodorowsky. (Arrabal wrote the play on which Jodorowsky’s first film “Fando y Lis” was loosely based). Although they would probably both be loath to admit it, both men owe an obvious debt to fellow countryman Luis Bunuel. But while Jodorowsky’s films resemble the early, very surrealistic films Bunuel made with Salvador Dali (albeit with a lot of trendy 60’s era Eastern mysticism thrown in), this film is more of an uncensored version of the films like “Los Oividados” that Bunuel made in Mexico in the 1950’s which combine surrealism with neorealist social commentary.

This film is much more autobiographical than anything Bunuel or Jodorowsky ever did. It tells the story of a young boy, Fando (no doubt based on Arrabal himself), whose Republican father has been arrested by the Fascists in the dark days after the Spanish Civil War where people who supported the other side were rounded up and executed even if it meant “killing half the country”. Much of the movie is based on the boy’s memories of his father and bizarre surrealistic images he imagines of the fate that might have befallen him (including being buried up to his neck in the sand while Arabesque figures on horseback use his head to play polo, or being sewn alive into a cow’s carcass). As in “Los Olvidados” the boy has a strange Oedipal love/hate relationship with his treacherous young mother who he finds out betrayed his father to the soldiers. He also has an “aunt” who seems to suffer from a bizarre combination of religious mania and nymphomania (Arrabal gives the Catholic Church all the credit it so richly deserves in the tragedy that befell Spain).

This movie is quite political. The title is based on a real quote by a fascist general: “Down with intelligence, long live death!” (a sentiment that by the 1970’s was making its way across the Atlantic to Pinochet’s Chile and the military government in Argentina). Ironically, this film which is a scathing indictment of human cruelty, has often drawn charges of animal cruelty. One act of “animal cruelty” involves a disgusting bug (good riddance). I would hope a scene where a lizard gets its head bitten of was faked (as much for the sake of the young actor as the lizard). The footage of a bull being butchered and castrated is definitely real, but animal rightists should be glad if anything since this occurs thousands of times a day and this scene shows how truly disgusting it is. Besides this is not an Italian cannibal film with a tacked-on political message to justify its animal slaughter–this scene will really hit home with the kind of people who have no stomach for animal suffering but think nothing of their government creating or permitting massive human suffering for the sake of high-minded political ideals. This is truly a brave, powerful, and memorable film. 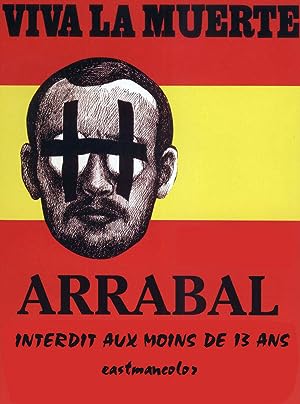