The film focuses on three city folks who unknowingly share the same apartment: Mei, a real estate agent who uses it for her sexual affairs; Ah-jung, her current lover; and Hsiao-ang, who’s stolen the key and uses the apartment as a retreat.

This movie was truly awful. I am sorry, I gave this movie the benefit of the doubt as I watched it, but as the movie progressed I was became more and more confused. At first I attributed it to the fact that perhaps I had missed something or I wasn’t paying close enough attention. That being said, afterwards I read an article discussing this movie and the Wikipedia article, and I suddenly became so angry. This movie was truly awful. Critics say it was minimalist, I say it lacked a complete plot and anyone writing positively about it simply is full of themselves. For the ignorant raters that gave this film an average rating of 3.9/5 or an 8.1/10, I see absolutely no justification for this. The lack of plot is not “high art” or “abstract” or even a symbol for anything about Taiwan. This movie was just an incomplete film that wasted two hours of my life. For the people who may disagree with my thoughts, all I can say is, if you guys enjoy the movie so much, re-watch the scene where Mei licks Ah-Rong’s nipple. That was enough for me. However, it is a shame to say that the ending was even worse than that atrocity. 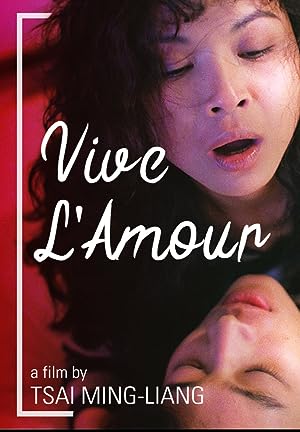