Jakub and Vladimir, two brothers in their late teens, join in the Cossack army to flee poverty. Elias and Roman, two other brothers, on their own as well, steal horses to survive… When fate brings them together, the encounter proves lethal. Vladimir gets killed. Jakub now burning with anger, is obsessed with revenge. A wild track begins, no one will be left unharmed…

Brutal to the point of pointless. The over-repeated ring of bones crunching, snapping and breaking is what you shall take away with you. A wasted opportunity, considering the time, place and people in history are much neglected by western cinema.

The violence, which hogs everything, even itself becomes dramatically repetitive. The whole, inevitable, boring thing underscored by a vaguely religious male choral electronic musical voice which becomes camper and camper as the violence becomes more absurd.

The landscape is all but ignored. The people largely reduced and the protagonists used to synthesize the maker’s own indulgent idea of tragedy and masculine beauty. Sadly,the taught notion that thoughtless brutality is somehow elevating when contrasted with the prettiness of youth (or is it meant to be the other way around?) just felt immature rather than informed or emotionally meaningful.

Such a waste. Just to add in it’s favour, that the leads did bring good performances. 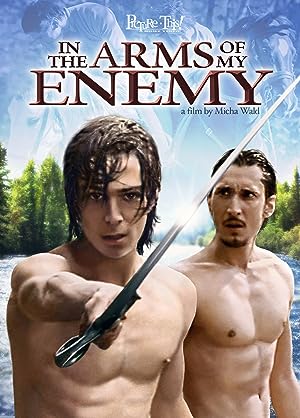