A post-grad travels to Seattle for a job interview, crossing paths with a mysterious male prostitute.

About a month ago, I saw this film as a favor to the filmmaker who is a good friend of mine on the internet. It was a rough cut copy, not yet the cut that will be delivered to film festivals later this year. In this incomplete form however, Warwick is a slightly flawed film yet also very special. It should be remarked that this type of filmmaking is rather unfamiliar territory to me, so I do not have anything to compare it to directly. The film benefits greatly from its simplicity, its brevity, and its thoughtfulness. Both of the performances in the film from Douglas (who also serves as the film’s writer and director) and Ashton are entirely convincing and fit perfectly with the film’s mood. The staccato rhythm of the dialogue sometimes reminded me vaguely of the dialogue in the central sequences of 2001:A Space Odyssey. The camera-work, done on an iPhone, is usually crystal clear visually and gives off a polished glow. The film is at its best when dealing as a study of alienation and isolation in its early silent sequences or when the two male players are together, talking about their lives and their views on things before their actions of intimacy, showing the power of companionship upon a lonely heart. The ending seems ideally suited to the film as well, closing with a shot reminiscent of the opening shot. Both shots say so much without a single word. The film is not without its flaws however. At a few points, the film seemingly loses a little bit of its energy during some extended shots of a highway or of a gray day in a park. The bigger flaw, I am sorry to say, comes in the inevitable sex scene. Throughout the rest of the film, the camera-work views things from a bit of a distance and takes a rather passive state. The camera-work in the scene is a bit too active, and the scene itself, although featuring the same two men that the whole film is concerned about (and despite the fact that the two are an item in real life as well), feels as though it dropped in from a different film that wasn’t quite as concerned with character, mood, and place. That being said, everything else in the film more than delivers. In an era when many films are boomingly loud and bombastic, it is a pleasure to behold a film that is a near-perfect mood piece that makes great use of the powers of thoughtfulness and subtlety. It lingers in the mind long after it has been seen. 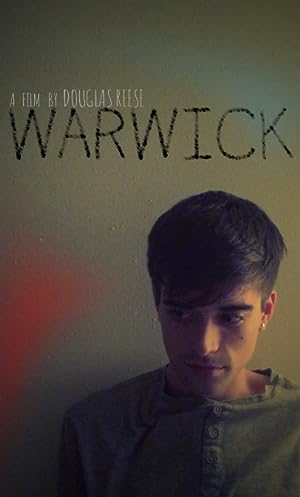 Be the first to review “Warwick 2016” Cancel reply