Instead of adhering to the norms of their South Central neighborhood, a group of skater boys opt to bus into Hollywood and Beverly Hills, where they attract local rich girls – and plenty of trouble with the police, jealous boyfriends, and nervous parents.

For the sake of your time, and mine, I’ll skip the synopsis and get right to the point: Larry Clark’s Wassup Rockers loses none of the Clark appeal, that his fans have grown to admire, in the switch to a softer film that Clark hopes will be more accepted by distributors than his previous movies. As most of Clark’s fans know endeavors such as Ken Park, Kids and Bully have all focused around ‘bad’ kids, however, in Rockers, the kids are just trying to be themselves without getting harassed by their peers for not succumbing to the hip-hop element so present in their South Central neighbourhood. During the boys’ eventful day in Beverly Hills, a parallel to The Warriors, a favorite of Clark’s, can be clearly drawn. In short, this has been Larry Clark’s best film to date. So great in fact, even my girlfriend who is not a fan of Larry Clark at all really enjoyed it. 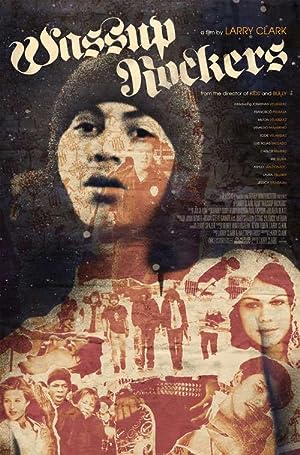 Be the first to review “Wassup Rockers 2005” Cancel reply