In this stylish and atmospheric psychological thriller reminiscent of Henry James’s Turn of the Screw, a widowed English writer brings a young, glamorous new bride to his bleak, isolated home in rural Spain. She soon becomes obsessed with her 12-year old stepson, who she learns has just been expelled from school for mysterious offenses; while the boy enjoys, exploits, and feeds her increasing paranoia about him. That he is a brilliant and lonely child is obvious. But is he the victim of a neurotic woman’s overwrought imagination– in Shakespeare’s words, the innocent flower, or the serpent under it?

Mark Lester is the greatest child actor ever!
I first saw OLIVER! six years ago, and I knew that the angelic-looking young actor playing the title role had to be the greatest child actor ever, and I was absolutely right. I have never seen a more bright and talented young actor. Lester is truly amazing. Right after I saw the film, I started seeking out other Mark Lester titles. The first and best I came across is the 1971 chiller, NIGHT CHILD, in which Mark gives what may very well be the greatest performance ever given by a child actor. Lester plays Marcus, a disturbed young boy who may have murdered his mother, and he may have similar plans for his father’s new wife. I won’t say anything more about the plot, but I will say that Mark Lester’s performance is magnificent. He proves that he is the most skilled and versatile actor ever. It’s unfortunate that this film isn’t more well-known, but Lester’s strong performance makes it something really special. It isn’t likely that you”ll find the film in your local video store, but if you ever get the opportunity to see it, don’t miss out! 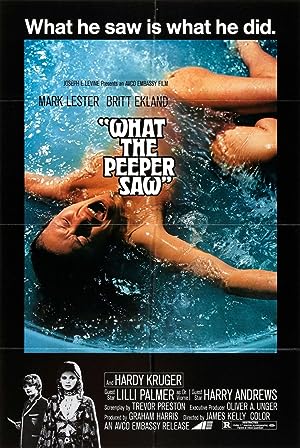