While the Wolf’s Away 2017 with English Subtitles

While the Wolf’s Away is a coming of age/thriller about a group of young boys trying to escape a boarding school that’s hiding dangerous secrets. A story about love, friendship, and coming to grips with reality in a place that offers no escape, other than growing up.

While the Wolf’s Away, as its called in English, had been on my watch-list for several months. Its kind of impossible to watch a Spanish movie in India, as you will understand. Any when I finally found it streaming with English subs I dove in to watch it.

While the Wolf’s Away, portrays the story of children in a boarding school in 1958. These are misfits abandoned by their parents for being brats and put in a rich man’s school made specially for unruly kids. The story follows Alex, who from the very beginning tries to find a way to escape the treacherous warden and make a run for his life. Little does he know that dark secrets line the alleys of the school which will come to haunt to him in his stint there.

The films opens with sordid view of a lush green deserted country landscape and goes on to introduce us to the school. It is made plenty clear that even though it features children, the film will be dark in its character. And it never disappoints. Things get darker and gloomier for the kids with each passing minute and interesting for the viewer. Whats starts as a boarding school drama ,with kids getting punished for trivial stuff and ratting on each other, turn into a nail biting thriller in the second half. The script blew me away. The pacing was perfect and and I never felt how the 120 mins zoomed by. The film is littered with moments which will make you heart race and clutch your hands in anticipation of whats going to happened next.

The director did a splendid job in introducing the characters and making me feel for them as the movie progressed. The acting was top notch and this is an example that shows how can a good director can hold everything together even with an inexperienced cast. Every kid acted out his part realistically and made the movie very believable.

Do yourself a favor if you are reading this, go and watch this amazing movie. 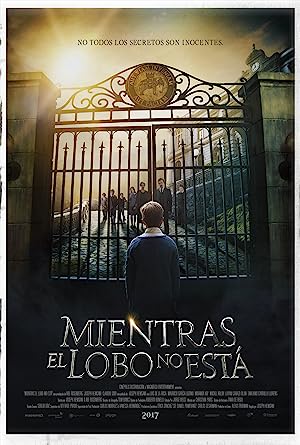