The true story of the boy who became famous when he was cast for the main part on the Brazilian film Pixote (1981). After the film was over, he tried to work as an actor on other projects, with little success. As time went by, he got involved with crime.

This film won the prize for best Latin American film (shared jointly with “Guantanamera”) in the Gramado Film Festival in 1996. It deals with the events leading up to the death of the real- life Fernando Ramos da Silva, the child actor who represented a small-time child criminal who grew up in the slums of São Paulo, Brazil.

The original film told the story of how Fernando (“Pixote” = little kid) after getting in trouble with the police is sent to FEBEM (children’s reformatory) as Brazilian law prohibits children from going to prison. The original film (which won many international awards) shocked Brazilian society by showing how FEBEM, far from being the kind and reforming institution that it was meant to be, was actually a vicious training ground for criminals, run with an iron hand by cruel and unscrupulous guards. As well as an impassioned indictment of FEBEM the film examined the social conditions which lead to crime. To reinforce its message, it used a real-life slum-dweller to play the central character and ended without any climax, suggesting that the outcome of its protagonist would be decided by all of us i.e Brazilian society.

José Joffily, director of Quem Matou Pixote, continues the story, which reflects the theme of life imitating art, by showing how the adolescent Fernando, no longer a slum-dweller but poor and semi-literate, is drawn to a life of crime by a lack of opportunities. This might initially appear to be a somewhat predictable story but it is lifted well above the average by several factors.

One is the way that Joffily develops the implications of the social and economic factors in modern Brazil which produce criminals i.e. devastating urban poverty, police corruption, violent methods of police “investigation” which use remnants from the days of military dictatorship, including torture and summary execution. He also shows society’s apparent indifference over Fernando’s fate. Fernando, for example, has to beg Hector Babenco, the director of the original film in which he starred, to get him a part in a Brazilian TV soap. The rest of the cast belittle and distrust him. His tears when he hears their condescending words are very poignant. The director of the TV show is furious over Fernando’s inability to remember lines but assumes that the young man is simply an idiot. When Babenco realizes that the problem lies in Fernando’s poor ability to read he reacts in a resigned manner as if to say “what can anybody do for you”. Fernando has been abandoned by everyone.

Another is the way in which Fernando is portrayed as a vacillating, almost Hamlet-like character, unable to decide between making an effort to pursue a career as an actor or a criminal. He makes half-hearted efforts to be honest (despite the increasing severe threats being made by the police) but continually lapses into petty crime to pay for his few pleasures in life (his motorcycle, marijuana). In the end he is redeemed by the love of his wife but it is too late.

Finally, the film owes much of its power to the extraordinary interpretations provided by its two leads Cassiano Carneiro and Luciana Rigueira representing Fernando and Cida, respectively. Cassiano manages to make Fernando both the smooth but likeable rogue who courts Cida and the pitiful failure who vividly describes police torture to his girlfriend and who begs for comprehension as an aspiring artist from the very policeman who declare “ham actor” after shooting him dead in a set-up (they intend to allege that they killed him in self-defense). Rigueira’s performance is no less impressive. She is evolves from the charming and simple girl who marries Fernando and the wife and mother who tries to exert a moral influence over him to the grieving widow who saw Fernando neither as criminal or actor but as husband and father.

To criticize the film’s only weak point, rather flat photography and visuals seems superfluous for a film with a memorable story and characters whose moral is made brilliantly. 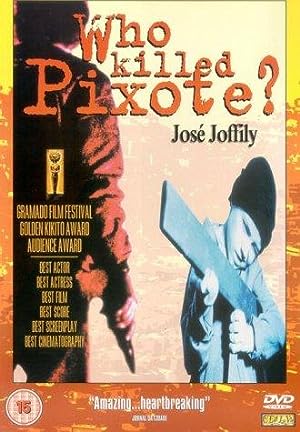