After years of being home schooled by hippie parents, Emerson is enrolled at his local high school. The intelligent and androgynous youth confounds his classmates and captures the attention of his English teacher. The teacher-student relationship leads to problems for everyone involved.

I saw this to a packed audience at the Toronto International Film Festival today with director, lead actor, and producers in attendance.

This film exceeded my expectations and was enjoyable to watch. This film explores sexuality and relationships mainly through a home-schooled boy whose family integrates him into a regular school, coming into contact with students and one teacher in particular. This was an engrossing and very interesting exploration of this topic with tenderness, realism, and an excellent screenplay.

1) SCREENPLAY: very intelligent, strong characters, motivations, with some very witty lines that really worked and, at times, got me laughing. Good flow.

2) VERY STRONG ACTING: The lead actor (first film for Aaron Webber) was very well cast, not to mention the performances from all leads was very strong. Kudos to the director for pulling this together.

3) VISUALS: The scenes and visuals are slightly out of the ordinary resulting in something that intrigues and makes it worth watching.

There is, however, one small area that was lacking believability which would make this an otherwise outstanding film: the evolving relationship of the lead character with his teacher. A bit more care with this crescendo is what is needed. With a few tweaks highlighting a special moment, or an additional scene, the movie would be perfect. I was thoroughly engrossed in the characters and story and give this movie a very strong endorsement. 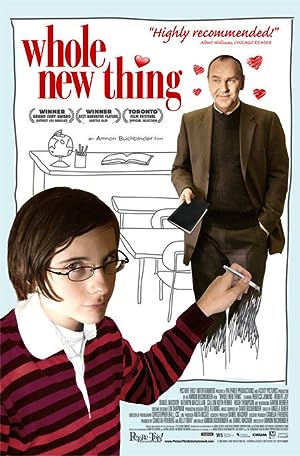