A sci-fi action comedy about middle-schooler Will, who is visited by a time-traveling, rebel warrior named Athena. Athena shocks Will when she tells him that he grows up to destroy the world.

I can’t necessarily say, Will vs. The Future gets picked up, I’d watch it religiously. However, I’d at least check out episode 2 and 3 for there is definitely some potential here to be more than another kid series made to create merchandise. In terms of representation, it kicks ass. Story wise, Principal Rhodes sort of puts a damper on things, and Hailey needs to be reworked a little bit, but otherwise, it does draw you in to genuinely care what the future may hold.
To the point that I could fully imagine this show going on for a few seasons and becoming a launch pad for the young actors. For the foundation set definitely gives each one something to work with. Be it Will coming from a single parent family (by way of his dad dying) that isn’t in the best financial position, Athena coming from a future in which she didn’t get to have a childhood and us getting to watch her experience things we take/took for granted for the first time and coming to further understand how Hailey became who she is and what part she may play in the bad future.

Those things, all together, are why I’m hoping this gets picked up. For while I am not that big into sci-fi movies or shows, I do think others could get behind and like this. Especially because it is well cast and only needs a few, easy to do, adjustments to really be a notable kids show. 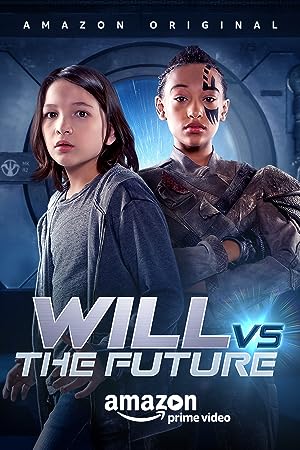 Will vs. The Future (2017–)
24 min|Family, Sci-Fi|01 Sep 2017
6.5Rating: 6.5 / 10 from 176 users
A sci-fi action comedy about middle-schooler Will, who is visited by a time-traveling, rebel warrior named Athena. Athena shocks Will when she tells him that he grows up to destroy the world.
Director: Joe Nussbaum
Creator: Timothy McKeon, Kevin Seccia
Actors: Teo Briones, Lexi Underwood, Ashlyn Faith Williams, Shi Ne Nielson

Be the first to review “Will vs. The Future 2017” Cancel reply