Wolf Children period drama is inspired by the true story of German troop orphaned children, who between 1946 and 1947 roamed the Soviets occupied areas of the former East Prussia, trying to get to friendly to families in Lithuania. Wolf Children period drama is set in 1946 and follows a group of war orphans who are struggling to survive in the ruins of post-war Europe. The plot focuses on fourteen Hans who after the death of their mother decides to go with his younger brother Charles to Lithuania. The brothers, however, are on their way compelled to flee before Soviet troops and unplanned splits. Hans, driven by the seemingly hopeless desire to find his brother, joins the group of orphans nicknamed wolf children to the territory of a foreign country waged unequal struggle with hunger, weather and disease. After losing a war in the former Prussian region fell to the Soviet Union find themselves in the position of game two brothers – the older Hans (Levin Liam) and younger Fritzen (Patrick Lórencz). Mother them on his deathbed advice to escape befriended family in Lithuania. On a painful journey, which feature length debut director Rick Ostermann conceives as naturalistically hungry wandering savage and cruel captivating summer landscape, meet other German orphaned children who fight for their own lives prematurely forced to grow up. Children’s mission is to rescue another contribution to the progressively growing line of images representing the German hero as victims of WW2.

This is one of the films that start solid and get better and better as they progress. The early scenes with the mom’s death did not entirely blew me away although the lead actor shows a decent display of grief. Also the “don’t forget who you are”-quote was included nicely as it is picked up in a frame-like scenario near the very end again. When he starts the search for his brother, this is when the film really gets rolling. A lot of it may be thanks to Helena Phil who plays one of the “Wolfschildren” featured in this movie. It is her first movie, so I was even more impressed with her performance and I could see her having a bright future in the German film industry. The way she displayed strength as the group’s leader, but vulnerability at the same time (when she cuts her hair for example to avoid another rape attempt) was nothing short of impressive. The hair cutting scene was one of the emotional highlights of the movie. Another is the little girl’s reaction when the main character trades her brother for something to eat. And finally, another scene is the one where we see the children joking around in a manner children should joke around. Here, they stopped having to act like adults in order to survive for a moment and could just act according to their ages. A delightful moment and true contrast to everything else. So, aside from Phil, the other child actors all did a fine job too.

Another thing I liked here was how we really just see everything from the central character’s perspective. We do not know what happened to the girls or the other little boy when they part ways. There is no cheesy wartime love story included for the sake of it, I liked that too as this was just not about it. It was about the misery and starvation of children at that time. It is not an empty tearjerker, it is a very realistic movie.

This film was featured nicely at film festivals in Chicago and Venice and also made the shortlist of possible German submissions to the Academy Awards foreign language category 2015. There were several other quality movies apart from “Wolfskinder” that would have deserved the nod, such as “Die andere Heimat – Chronik einer Sehnsucht”, but they decided to give it to the schmaltzy Friedrich Schiller period piece “Die Geliebten Schwestern”. Can’t understand this choice at all, possibly the worst they could make, especially with quality films like “Wolfskinder” in contention. This one here is very much worth watching and focuses on one area of history which has not been shed too much light on in these uncountable World War II movies out there. It certainly made me curious for director Ostermann’s upcoming projects. If there is anything wrong with it, maybe I was not too fond of all the violence against animals which felt a bit too much for me (starting in the very first scene already), but it has to be noted that it said in the closing credits that no animals were actually harmed, so it is fine I guess. 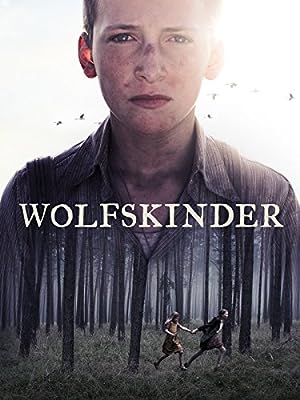 Wolfskinder (2013)
91 min|Drama, History|28 Aug 2014
6.4Rating: 6.4 / 10 from 355 users
The story of a boy who, driven by the search for his lost brother in the turmoil of WWII end, joins a group of children in order to survive the chaos of post-war anarchy in the haunted forests of Lithuania.
Director: Rick Ostermann
Creator: Rick Ostermann (screenplay)
Actors: Levin Liam, Helena Phil, Vivien Ciskowski, Patrick Lorenczat