An 18-year-old basketball star who is being recruited by Cornell University seems to have it all figured out: captain of his team, a good student, has a longtime girlfriend and some good friends. But at home he’s struggling with his troubled father who has a gambling addiction. His mother tries to keep the family afloat but does so with great emotional and financial sacrifice.

I’ve coached the game at every level. This is what I saw. The only accurate bball scene in the movie is the star actor’s/player’s shooting form. Defensive movement/agility skills are hard to develop and a sign of having played the game; they looked poorly, acting-staged. Everything else was just misrepresentation, and bad misrepresentation at that. Most notably the confrontation scenes on the playground; in practice and of course in the game. Isolated and small incidents do take place, but statistically would represent less than 1% of such games played. The confrontational language & behaviors of parents and coaches were just as unrealistic. Coaching to instill “rage”, sorry, but the best players develop “control” of their emotions. Yes, isolated examples are out there as there are in anything, so what. They are not defining? Scouts don’t show up advertising themselves; they try to blend anonymously. 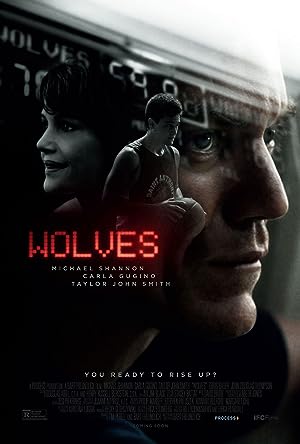 Wolves (2016)
109 min|Drama, Sport|03 Mar 2017
5.6Rating: 5.6 / 10 from 858 users
An 18-year-old basketball star who is being recruited by Cornell University seems to have it all figured out: captain of his team, a good student, has a longtime girlfriend and some good …
Director: Bart Freundlich
Creator: Bart Freundlich
Actors: Zazie Beetz, Carla Gugino, Jessica Rothe, Michael Shannon

Be the first to review “Wolves 2016” Cancel reply