“Young, dumb and full of love!” is a hilarious comedy about sex, love and youth. What happens when a clumsy teenage boy meets the woman of his dreams? A woman who’s a little bit older, a little bit married, and a little bit unfaithful -Hey, nobody’s perfect! But, she does exist; you can see her, you can touch her, sometimes she even seems interested… so you just have to make her yours. Only it’s not that simple. Your great plans become great disasters as you try to overcome a jealous husband, a nerve-wracking lover, a paternalistic janitor, a bashful paddle-boat lender and a girl, who may deserve a lot more attention than the “dream woman” herself.

If we translate as exact words, the movie’s title will result “I am Tibor and I want to conquer”, and you will know what I mean…

So , what I want to say about this movie is that It has been a while since I seen such an entertaining adventuring ,romantic teen comedy.

Our main character ,Tibor is a 17 years old boy who failed in school in History. He is sent by his parents on a vacancy to learn. He will have other plans as he meet the woman from the internet commercial and will get obsessed by her. From here on we will get a real adventure of love, sex and teen life in a superbly entertaining way. 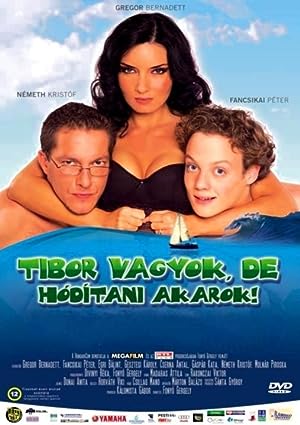 Be the first to review “Young, dumb and full of love 2006” Cancel reply