The political drama is set in the Stalin’s Soviet Union after the Second World War. A British archaeologist Andrei Miller is working in Iran. He is mistakenly kidnapped and arrested by the KGB. He is falsely accused of spying and wrongfully sentenced to a Gulag prison-camp in Siberia.

I think this is one of the best films never to be watched. Despite an epic scope, artistic eye and emotional power in the storytelling, the film never found an audience and it’s hard to find the film with English subtitles although it was an English co- production. I had to watch it with German subtitles, and the subtitles were frustratingly absent for more than a handful of lines spoken in Russian.

The story begins in Iran in the immediate wake of WW2, where the lover of the Shah’s wife is granted permission to continue an archaeological excavation over the requests of the Russian army to use the same space for artillery training. The Russians eliminate this threat by abducting the archaeologist, Andrew Miller, and sending him to the secret police, who interrogate him and judge him a spy. Despite realising they have captured the wrong man halfway through the case, they decide to cover their mistakes by sending him to Siberia anyway.

Thus begins a descent into hell, temporarily relieved by a romance with a female doctor, which when discovered only unleashes the jealous revenge of the camp warden. Along the way we see the state of Stalinist society: money is worthless and so people engage in direct bartering. The only entertainment is violence and sordid sexuality. Left so ignorant, the Russians cannot distinguish an Englishman from an American; calling Americans “fascists”, and their idea of intellectual debate is to argue the merits of various past party figures.

The film covers ugly subject matter yet is beautiful in its execution. All the mud, the sweaty wood hut walls, the barbed wire, the worn out clothes, the creaky wire frame beds and sallow, sunken faces of the inmates are captured in realistic detail.

In spite of the mood of pervasive hopelessness, my emotional investment was maintained by the glimpses of humanity in the inhuman surroundings: a young girl, who gave help to the dying Miller on his first day, is saved by Miller after being left breathing in a morgue by unfeeling camp guards. Miller befriends a like minded young intellectual and teaches him English after being saved by him from a sudden suicidal drive. At first bullied by the camp fool, Miller regains his manhood and asserts his self-respect. Though the beautiful young widow, Anna, must prostitute herself to the camp warden for her own political safety she finds a fleeting love in Miller. In a moving scene towards the end, after being summoned back to the secret police HQ in Moscow, Miller rediscovers his dignity and becomes human again upon learning of a chance bargaining chip: a forgotten ally had somehow escaped the gulags and made a point to bring the scrutiny of the world upon Andrew Miller’s abuse.

The film does an interesting trick towards the end, first allowing you the relief of seeing this delivery from evil, but then subjecting you to the cruellest possible emotional reversal – seeing this amnesty taken back in front of your eyes (a striking scene involving the ghosts of the gulag entering the glittering ballroom of the upper crust) – before finally awakening for a second time to allow you to feel relief again. Juxtoposed with this strange double-awakening is a scene of a drunken secret police head turning the choice over in his mind. The impression of the tyranny of evil men, spinning the fate of their victims between their paws, is unforgettable. 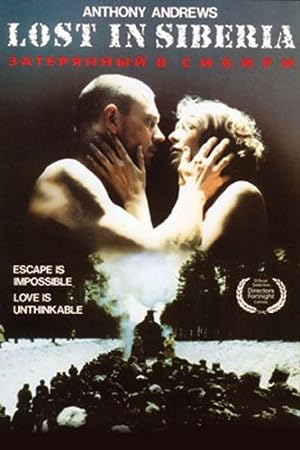