In this Michael Fassbender and Ridley Scott executive produced short, a boy and his father are emotionally and physically separated on the day earth intermittently loses gravity. The boy is wrestling with questions about his mother’s death, while his father desperately tries to find his son as the world is rising and collapsing around him. Shot on location in Los Angeles, Spanish director, David Victori makes his English film debut in this effects heavy, emotionally riveting story.

“Zero” is a half-hour (40 minutes with credits) short film that was actually released in 4 episodes earlier this year. I am not familiar with any of the cast members, but Ridley Scott and Michael Fassbender produced this one, which is probably the only reason why it is somewhat known. It basically takes us into a world where gravity stops existing. Unfortunately, neither these sci-fi aspects nor the dramatic relationships (especially father-son) between the characters were really convincing. The ending with the characters floating and hugging could have been a nice one, at least the idea is good, but with the mediocre action before that, it almost feels a bit pretentious. Anyway, this film proves that 2 world famous producers are not enough to make a movie work, even if it is a short film. I cannot really blame the actors either as they rely on what they were given to work with and that simply wasn’t enough to make me recommend this film. I hope David Victore can step things up in the future and release improved films compared to this one here. Thumbs down. 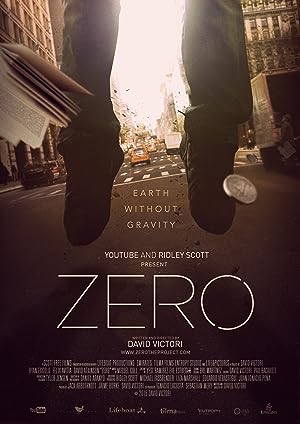 Be the first to review “Zero 2015” Cancel reply