Home » Non-English with Subtitles » A Casa 1997 with English Subtitles

A Casa 1997 with English Subtitles

A ramshackle mansion in the woods: individuals of all type, age and condition eat, roam or rest inside. But always in strict silence.

Though I enjoyed the screening of this film, I was quite disappointed about “Bartas’ latest”. Unlike his previous films The House did not take control of the, in my case well-disposed, viewer.

The separate shots were predominantly fascinating yet sometimes of a very ‘controlled’ profundity, the lack of continuity on the other hand was embarrassing. At most three consecutive shots formed some kind of a unity.

Therefore I think Sharunas Bartas should be locked up this time, in the editing room for at least a moth and then present a piece that will be worth his signature. 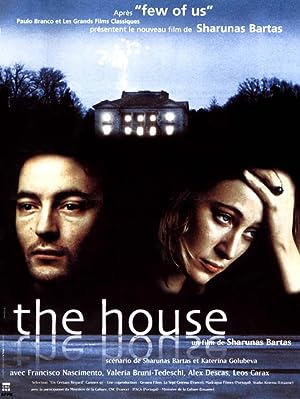 3 reviews for A Casa 1997 with English Subtitles