Both detectives on a sickening murder case struggle with being alone and childless in their 40s. As they investigate the young man found beaten and strangled to death, platonic friends Karine and Herve unravel a love story between Vincent, and Rebecca a high school girl. The teenage lovers quickly plunged into the kind of amour fou the flics fear to chance for themselves. Rebecca is missing, and unknown to her, the boy was a homosexual Internet hustler. The ordinarily blasxc3xa9 male investigator is appalled to find that on-line dating is a world the sexy Karine knows well. Is Rebecca the killer, another victim or ?

This movie was dark, and not like other high paced detective movies. It steered toward some familiar scenarios done elsewhere, but turned away from them at just the right time. The plot is complex, but not over bearing. The script was excellent in that the story flowed perfectly, every event discovered at the right time, the dialog between characters engaging at all times. The entire cast did an excellent job! I loved the relationship between the two Detectives, their lives were intertwined, but very separate. The boy and girl were perfect. She is like many of our Daughters, innocent outwardly but yet? The ending is absolutely perfect considering the story of the two Detectives. I’m very sorry I just saw this a few years later.This is a very well made movie! I will definitely be looking up the actors and actresses to find more of their work. 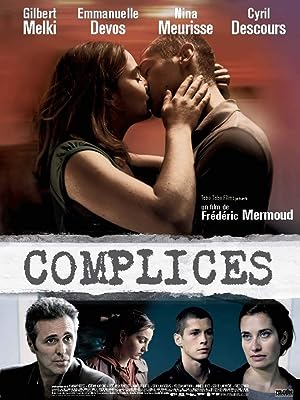 3 reviews for Accomplices 2009 with English Subtitles