For a 13-year-old boy like Filipe, the prospect of a summer vacation in the Azores with his father is like a dream come true. But dreams are sometimes just a way to avoid facing reality…

This film, for everything it shows, could only be shot in Azores. Archipelago in the middle of the Atlantic, the present says it’s Portuguese territory with Portuguese people, the history says it could have been the top of the mountains of Atlântida; country in the dreams and conscience of the whole Occidental civilization, living today (and 11 years ago, the year of the picture)on the verge of self destruction, for encouraging for (too) many years the evolution of the “material” as opposite to “spiritual” everyday more lost, everyday more in need. Azores, islands of dreams; this film is a dream and its theme is precisely what we’ve been loosing. Choosing Azores, is seeking origin, is seeking purity.

A simple device – off voice narrated story, this is assumed from the beginning of the film, we don’t know until very close to the end that it is the boy, the off voice, who is generating the plot as the picture moves along. The second part is the unveiling of everything. Reveiling all the inspiration sources, it shows how inspiration can come, in the most innocent and open of minds, the one of a child.

This is one of the most intelligent and subtle camera works i have observed lately. Ultimately, one can almost consider it as the complement of dialogue, the descriptions we don’t get through dialogue nor off voice narration so, the camera is the boy’s imagination. Subtlety is its trade mark. Sublime work, completely adequate in every moment, in every intention.

Impressively good. It’s very hard to find this kind of precision of contrasts and this understanding/interpretation of the light of a cinema set (though on real location, it was temporarily a cinema set), even in richer productions. This is a painter’s work, the baroque painters, specially Rembrandt, worked light on the same basis. Once again i am astounded.

In a time when Delfins were a band worth listening, though not known outside Portugal (foreigners loose), the soundtrack is made of a catchy, ear friendly tune and a necessary number of simple, almost minimalistic pop-rock instrumental themes. Solid work, maybe not reaching the quality of photography and camera in terms of adequacy to the moments, but good anyway.

The film is a fable of miscommunication and empty relation, redeemed by the dream of the one who hasn’t been corrupted yet. It’s a story of emotional heartbreak, not developed feelings; ultimately the occidental contemporary cancer which is the disproportion between the daily life value of relations and money. Too me, more important than understanding the mental mechanics behind every story folding trick, camera work, etc. is the capacity of feeling invaded and (more or less) identify with the thing. That will probably tell something about you. 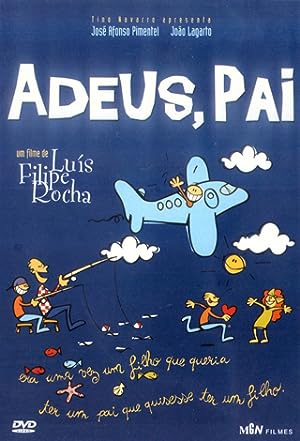 Goodbye, Father (1996)
85 min|Drama|20 Dec 1996
6.9Rating: 6.9 / 10 from 471 users
For a 13-year-old boy like Filipe, the prospect of a summer vacation in the Azores with his father is like a dream come true. But dreams are sometimes just a way to avoid facing reality…
Director: Luís Filipe Rocha
Creator: Luís Filipe Rocha
Actors: Afonso Pimentel, João Lagarto, Laura Soveral, Natália Luísa