After Louie explores the contradictions of modern gay life and history through Sam, a man desperate to understand how he and his community got to where they are today. As an AIDS activist and member of ACT UP in the 1980s and 90s, Sam witnessed the deaths of too many friends and lovers. Battlewounded and struggling with survivor’s guilt, Sam now resents the complacency of his former comrades and derides what he sees as the younger generation’s indifference to the politics of sex, and of death. An unexpected intimacy with a much younger man challenges Sam’s understanding of contemporary gay life. Through this unconventional romance, he is forced to deal with the trauma that so informs his past, their present, and an unknown future.

This film tells the story of a passionate gay activist who spent years to fight for gay rights. He is stuck in the past, and finds himself clashing with the ideals and the way of life in the modern gay world that he has helped to shape.

“After Louie” perhaps is very personal to the director and the producers. It focuses on the activist who is still very much in the fighting mode,unable to enjoy the fruits of his labour. The story unfortunately is told in a very slow pace and in a rather uninteresting manner. The only scene that is poignant is the argument scene at the dinner gathering. Those five minutes are really the only minutes that stand out from the rest. I find myself wondering when the film is ending, and indeed why the film is not ending. The film feels very long, and drags on and on at the end. The film could have stopped right after the party started. We did not need to see the birthday cake, the bathroom scene and then the woman talking about not helping to clean up. There are a lot of redundant scenes, which may be important to the filmmakers but they do not add to the film unfortunately. 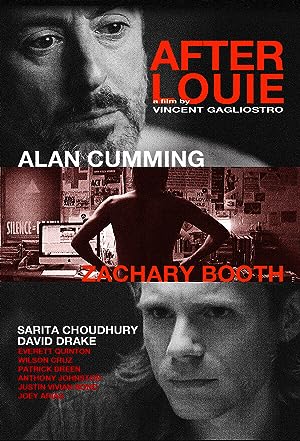 Be the first to review “After Louie 2017” Cancel reply