Two kids look to throw an ambitious dance show in order to save their struggling youth center.

This is a feel-good, although slightly predictable film. It has a number of well known British actors and actresses in it, both young and old. The story is well acted and well produced, with both funny and tender moments in it.

If you want an entertaining, easy film to watch, then this is for you. 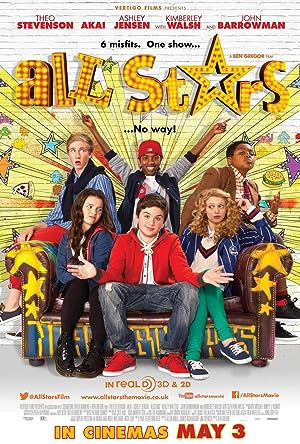 Be the first to review “All Stars 2013” Cancel reply