A young man avenges the death of his twin sister by a group of violent young men at a secluded sports camp.

Sadly, from time to time certain people emerge who are so completely devoid of talent…a metaphorical untalented black-hole if you will, that sucks any/all semblance of talent from anyone and everyone who participates in their endeavors, to the extent that even someone as great as Sir Lawrence Olivier would be unable to withstand the suction. David DeCoteau would epitomize this phenomenon. Watching what amounts to an extended Abercrombie and Fitch ad, it would seem the basic plot here is athletic men undress and shower in slow motion, with an increasing emphasis on camera-zooms to their torsos (but don’t worry…even though this is obviously gay-themed, there is absolutely NO nudity of any sort to worry about). The music crescendos during the shower scenes seem to provoke several emotional reactions from the viewer; “Wait! Is he going to use a conditioner? Oh, no! There’s no luffa sponge in sight!” Just a mess. Don’t bother. 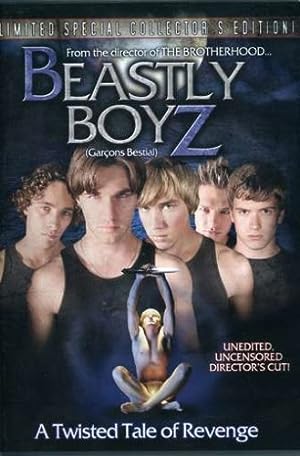 Be the first to review “Beastly Boyz 2006” Cancel reply