Beat works as a promoter in Berlin’s most famous techno club and does not miss a party himself. The european secret services recruit him as an undercover insider. Soon, he discovers the shocking extent of corruption in his close network – as well as his personal limits.

First of all, Jannis Niewxc3xb6hner was really good in this as BEAT. At first I thought, oh here we go again another pretty boy to get audience attention BUT as it turns out, the guy’s a good actor. He plays a very flawed techno club party promoter that gets mixed up in crime around him of all sorts.

You have sympathy for orphaned as a child BEAT but you come to realize he is one messed up guy with a conscience and a strong sense of right and wrong unless it interferes with his drug taking habit and partying. So in that, Jannis Niewxc3xb6hner did a pretty good job I’d say of presenting an anti-hero of sorts.

The rest of the cast is pretty good too. The emotionless bad guy that will sell his Mother’s organs if had to, Secret Service head and the woman handler that cares about him (when every one else uses him), his well meaning but somewhat clueless best friend, his creepy childhood psycho secret admirer, etc. A lot of variety in characters that kept me interested. And ya, they even threw in your perfunctory Russian Mob gun smugglers and human traffickers…just for good measure.

The show was a thriller from the point of view if he bites it in the end or not as a result of all the dirt he has on the bad guys (and to a lesser extent, if he finally gets to find out who his parents are).

All in all, pretty good. And yes, you hinge on every facial nuance of BEAT through the whole series. 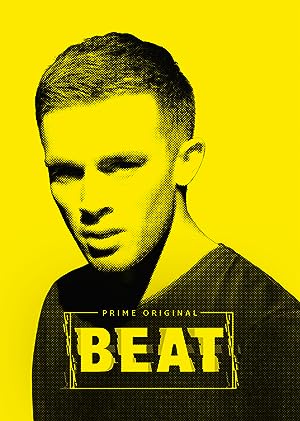 Beat (2018)
60 min|Drama, Thriller|09 Nov 2018
7.4Rating: 7.4 / 10 from 2,083 users
Beat works as a promoter in Berlin's most famous techno club and does not miss a party himself. The european secret services recruit him as an undercover insider. Soon, he discovers the …
Actors: Jannis Niewxc3xb6hner, Karoline Herfurth, Christian Berkel, Alexander Fehling

Be the first to review “Beat 2018” Cancel reply