Behind the Blue Door 2016 with English Subtitles

Behind the blue door – an adventure beyond your wildest dreams. No other bestselling Polish childrens’ book been adapted for the screen quite like Behind the Blue Door, a favourite among kids and teachers alike. The adaptation, directed by Mariusz Paleja, takes viewers on an extraordinary journey. It has everything children love: intriguing heroes, mysterious monsters and new friends – colourful, magical birds. It is the world you see when you close your eyes before falling asleep. The magical doors lead to a world of dreams so real you could live in it, so exciting you yearn to discover it and so mysterious it even frightens you. Behind the Blue Door is the first Polish film to be made with such momentum and epic special effects and it is sure to appeal to the people of all ages. One of the main themes of the film is the great power of parental love. 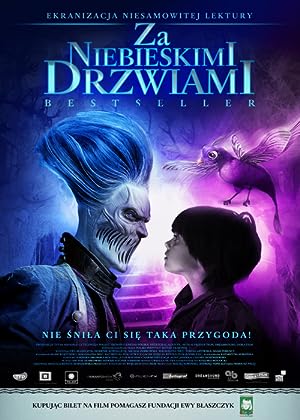 3 reviews for Behind the Blue Door 2016 with English Subtitles