Love makes the world go round. At least that’s what Marcel and Kyle believe, until they suddenly discover that love can alternatively flip the world upside-down. When certain elements are set into motion, they tend to stay in motion. If tampered with, they can spin out of control. Marcel and Kyle are in love at first sight, and even though they can’t legally marry, they will find a way to make it work. French Marcel marries their lesbian friend Sarah so he can stay in the USA with Kyle. Together they can overcome any obstacle, hurdle any barrier. Together they cannot be stopped. Enter Kyle’s sister April, a former prostitute. She needs a place to crash, but for how long? Taking a quick dislike to Marcel, April methodically drips poison into their happiness. But where Marcel sees a conniving woman with a not-so-hidden agenda, Kyle only sees his sister – in need. And how do you choose between family and the love of your life? Why should you have to? Love isn’t pure after it’s been tainted. Our perfect couple falls headlong into possessiveness, jealousy and rage; trapped in the tangled emotions found in that space between love and goodbye. Just how far will one of them go to put a stop to the madness?

I was told about this film by many and how good it was. There are many awful reviews here and I too will go out on a limb to defend this picture, because it is really that good – period. Don’t know what other DVD disk might have been replaced in the DVD cases of those who said it was awful, but it certainly wasn’t the Casper Andreas film I saw called “Love and Goodbye”. This film has heart. It also has a pulsating beat and pace that’s hard to dismiss. First, I will start with the music, catchy, lovely and fascinating! The groove of the tunes are so catchy I found myself repeating the beginning and watching the videos in the DVD extras over and over. And not only is the music emblematic of the core drama here, but it definitely moves the story along for the mood our protagonists singer is tied into his lyrics, As his life changes so does his music to showcase the love and pitfalls of his feelings throughout. I found that connecting element to be very interesting and integral to the development of the story. Star Simon Miller does an outstanding job carrying the film all the way to its very conflicting end. This is a couple you will want to root for and hope they stay together “forever”, but at times life kicks in and it leaves you wondering how fleeting the good times can be. My advice after reading all of these reviews, go rent it. Sit down by yourself, turn on your DVD, and immerse yourself in this Casper Andreas narrative, for you will find this film to be mighty and unforgettable. 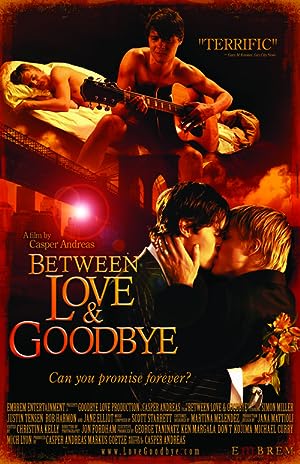