Big Father, Small Father and Other Stories 2015 with English Subtitles

It is the late nineties, Vietnam is in economic turmoil and overpopulation has sparked political concern. Vu, a photography student, arrives in the sprawling metropolis of Saigon and moves into a slum neighborhood where he meets a mix of eccentric characters including Thang, a charismatic young man, who convinces Vu to get a vasectomy in order receive money from the government.

I watched this movie ( “Small Father and Other Stories” in English ) today on Belgrade FEST unexpectedly after I received a friend’s call. And I got what I expected – a serious drama about hard life of young population in Vietnam. The opening scene is very instructive. It shows shabby, small dwellings at a river bank. Behind that we see a big modern building. Opposites that can be so often seen in so called “third world countries”. The story is about a poor family that lives on a boat. We have a father, daughters and a few sons. One of those sons has friends and we mostly see what they do – talking about girls, swimming, trying to gain some money. It all resembles their hard life but they are full of life and very energetic. I won’t tell you what one of these guys did to make money, it would be a spoiler, but that act is a symbol of poverty and lack of future in this country ( and not only that country!). The most mysterious characters in this film is a club dancer, a voloptuos and beautiful girl who practices ballet during the day and sells her body during the night. Also, there is a gay element between some characters. The closing scene is even more striking than the beginning. If you are sick of shallow blockbusters and want to watch a drama with some depth this may be a thing for you. 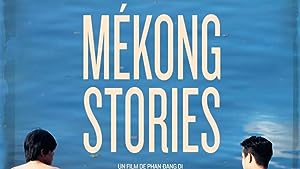 Be the first to review “Big Father, Small Father and Other Stories 2015 with English Subtitles” Cancel reply