A girl who lives secluded in a house in the woods with the only company of her father and a wolfhound finds among the trees a mysterious cubic device with the ability to change the past.

Pretty good repeating time travel premise mystery that never quite gets it right.

It’s the old “would you kill Hitler in retrospect?” scenario, except without Hitler. Something’s definitely wrong here. People have been hurt. People have died. People will die. “Black Hollow Cage” is a dark, moody, seether of a film, that bends an original linear tale with subsequent plot twists. It is clever, perhaps a bit too much for its own good.

There is a father, a cold, meticulous gent. There is a daughter, a proper girl with explosive teen rages. There is a house, an architectural marvel of glassy modernity in the middle of a bush. There is an odd black box that cranks up the sci-fi angle. And there are a couple of visitors, sketchy and unsettling. Oh and a talking dog. Did I mention the talking dog? There’s a talking dog.

The looping begins, history is revealed, and an inevitable conflict arises. All this is played out in careful steps, brooding cinematography, and a creepy soundtrack. “Black Hollow Cage” just needs a better, tighter bow on the final present to wrap everything up, and to explain the talking dog. 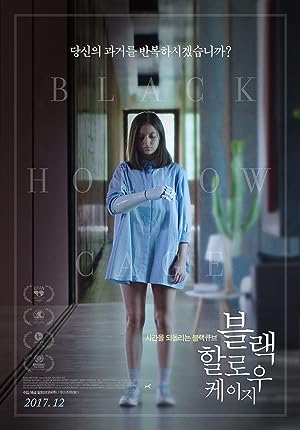 Be the first to review “Black Hollow Cage 2017” Cancel reply