A group of teenagers, unprepared for their final exams due to their indulgence in more pleasurable pursuits, barricade themselves in their school and challenge their despised and sadistic headmaster.

Belgium, 1959. The real paradise for: Juxeboxes, cars, Vintage, Rock and Roll, Vinyl records and of course beautiful Girls! This is a kind of autobiography of the director: Robbe de Hert, althrough his real name is “Robin”. The character is portrayed by Michael Pas, with his sad eyes he is the perfect “rebel withouth a cause”, who is in love with a girl who is somewhat “out of his league”. On school he (and the rest of his class) are terrorized by the school secretary Mr. Verbies AKA the “cactus”. The class is about to face the final exam, but instead of studyng, Robin and his droogs are drinking, Rock ‘n roll dancing, watching girls and ran into trouble with other gangs and of course the Police. Robin has to pass the Exam, otherwise his dad will enlist him in the Belgian Navy (the “congo crisis” is about to break out), and also his classmate’s have nothing to lose. Then someone catches the idea of stealing Exam-questions, but that’s when things gone nasty.

A good and nostalgic vision of the late 1950s, through the eyes of a young lad, filled with dreams and love. Surely worth watching it. Robbe De Hert is also one of Belgium’s best directors. 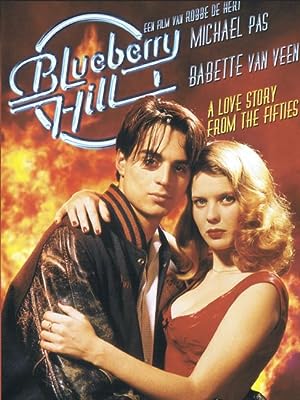