Three best friends accidentally discover a tropical plant which is actually all-powerful aphrodisiac.The effects of this plant’s juices are amazing: people end up making passionate love with a first person they see and all the brakes cut loose instantly!

From time to time I keep a couple of red Flamingo Lily either in office or at home. Never, never have I made any possible analogy between this flower and the male genital! Yet it’s a wickedly clever comparison just by thinking about their similar outlook. What’s more devilish is that the flower in the story ejaculates (love potion) whenever it sees a female, no matter dog or human, real or just on photo!

The comedy may easily be taken as another American come-of-age teen flick yet very German elements exist: 1) Ziege’s parents are overjoyed while hearing sexual moans and groans from his bedroom. They giggle happily and think that their boy has finally grown up. In American version, surely two worrying faces (one from mom, another dad) may fill the screen. 2) Ziege and Häschen beg Sven to help find out how much time it takes for the aphrodisiac to be in effect and also its fade-out. I just exploded in loud guffaws when they utter so decisively together that they do it “für Wissenschaft!” (For the science!). In actuality, the entire process of demystifying the floral juice is absolutely highly scientific. If the flower is found by three American boys, they would yell and cheer, “For the chicks!”

Frankly speaking, it looks pretty “filthy” as you see semen on ceiling, Häschen’s farting while seeing girls, flower gets nutrient from pizza with green mold. Thank God we have the young handsome faces of André Kaminski and Joseph Bolz as antidotes, promising young actors. 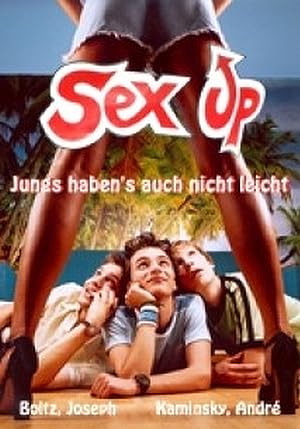