Maurice is a French teenager who escaped France and begins working at a hype club in Brooklyn called BIZARRE. He quickly becomes a sort of ‘mascot’ of this incredible club.The owner and the artists that perform there love him, but Maurice can’t love…because of the past…and his secrets.

The movie poster is deceiving because it gives one the impression that it’s going to be a love triangle between a cute young man and two slightly older women. That’s what I thought without reading the synopsis, before watching any trailers because I didn’t want to have any more expectations beyond my first impression of the poster.

No doubt this experimental looking film is a gay themed tragedy from the start. The moment I noticed the main character, an extremely attractive young man and his emotionless/solemn eyes; I knew I would be curious to watch his “aimless” journey. I was expecting it to be very sexual and emotionally revealing from each of its characters as it moved along but the filmmakers only gives us “teasing” glimpses into a world that would have been very exciting to watch. Sadly I found this film a bit depressing more than necessary. I hope this filmmaker doesn’t become the gay version of Lars Von Trier because Von Trier’s movies tend to mirror his own melancholic personal life. Never fun to watch but…

I learned many years ago that if the film has really depressing and tragic moments with seemingly hopeless and/or pathetic characters, it usually gets endless film awards. So making these types of films can be very rewarding for the filmmakers even if the film isn’t that great or entertaining throughout. In the end, all we have here is yet another Gay Themed tragedy that is very slow and predictable with an attractive lead character for “eye candy”.

Side note: The filmmaker appears to be as attracted to the young male lead’s beauty as much as the viewer, so much so that he has already started a new movie starring the same actor in one of his next film projects. Hopefully in his next feature film he spent more time in developing a better story that doesn’t follow one of those exhausted gay themed scenarios just to win awards.

Throwing unnecessary scenes together just to give your young, fresh face muse or crush or newly discovered “talent” starring roles is one thing but to rely on old, predictable situations of tormented & tragic gay characters is something we’ve seen in most gay themed movies. After watching a few of them, it becomes uncomfortable viewing because it gets irritating to see so many new and older filmmakers essentially re-making the same few stories, repeatedly. 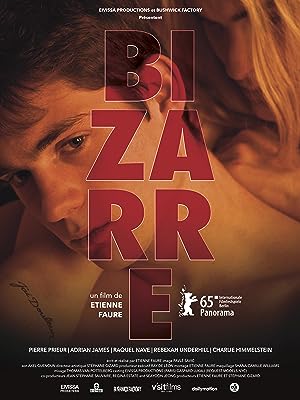 Be the first to review “Brooklyn Bizarre 2015” Cancel reply