A simple night of babysitting takes a horrifying turn when Helen realizes the boogeyman really is in little Lucas’ closet.

Based on the short film of the same name, Child Eater comes to us in a feature length horror film from director Erlingur Thoroddsen (who also directed the short), and it features enough spooks and blood to please plenty of horror fans, but it lacks in a few areas to come out on top.

Helen ( Cait Bliss) has a busy night of babysitting Lucas, a young boy who loves horror and thinks a monster lives in his closet. It doesn’t help that the house the boy has moved into was the same house where a bunch of murders took place. Helen thinks nothing of the boy’s fear, but it isn’t long before he vanishes into the night and Helen runs off into the woods to find him, running straight into the creepy Robert Bowery (Jason Martin), the child eater.

It’s pretty evident Child Eater is inspired by the many ’80s horror films that we all grew up with. It features many of the same tropes and gives us just the right amount of gore to keep most horror fiends satisfied. Unfortunately, the film falters when it comes to diving into the character of Robert Bowery. We don’t know much about him, save for a bit of third party related backstory. The ending of the movie does leave things open for more, but spending more time building up Robert Bowery in this film would have been very much welcome.

What Child Eater does well, though, are the creepy setpieces. The abandoned theme park is a frightening place to be chased around in at night, and the film makes sure to give us plenty of chase scenes.

As for acting, I’ve read other reviews where people were put off by the main actress Cait Bliss, but I think she did a rather nice job at conveying the babysitter in distress. Child actor Colin Critchley, who plays Lucas, also delivers an excellent piece of work and that’s saying something, as I usually dislike most child actors in horror films.

Thankfully, Child Eater overcomes most of its faults and manages to provide an enjoyable horror experience, while introducing us to a new creature that deserves to have a sequel made. Hopefully, the sequel, if it gets made, spends more time on some backstory and character development. 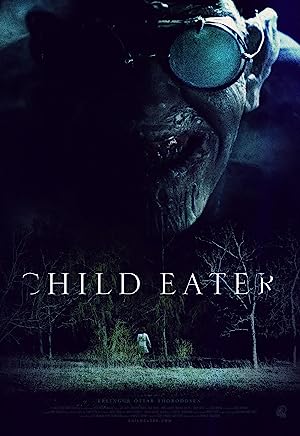 Be the first to review “Child Eater 2016” Cancel reply