Home » Movies in English » Christopher and His Kind 2011

Christopher and His Kind 2011

In 1931 budding author Christopher Isherwood goes to Berlin at the invitation of his friend W. H. Auden for the gay sex that abounds in the city. Whilst working as an English teacher his housemates include bewigged old queen Gerald Hamilton and would-be actress Jean Ross, who sings tunelessly in a seedy cabaret club. They and others he meets get put into his stories. After a fling with sexy rent boy Caspar, he falls for street sweeper Heinz, paying medical bills for the boy’s sickly mother, to the disapproval of her other son, Nazi Gerhardt. With Fascism rapidly rising Christopher returns to London with Heinz but is unable to prevent his return to Germany when his visa expires. Years later Christopher, now a successful writer, returns to Berlin for a final meeting with Heinz, now married with children.

“Christopher and His Kind” was Christopher Isherwood’s way of correcting what he glossed over in “The Berlin Stories” and this film version corrects the exceedingly glossy glosses of “Cabaret.” The real Jean Ross (nicely played by Imogene Poots) was no Liza Minnelli. Likewise Matt Smith is no Michael York. He’s simpler more direct “Herr Issyvoo,” and his love affair with Heinz Douglas Booth) is recounted with great affection. It’s hard for gay people today to imagine just how loose and louche things were in Berlin just before Hitler came to power. But Isherwood was there and what he recounts speaks volumes about art, politics and the beating heart of same-sex love. 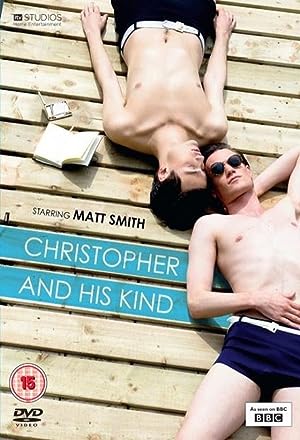