The actual members of the Hong Kong Baseball Team all prove themselves to be natural actors by playing themselves in this fictional youth drama set in 2004. In a city where baseball culture is non-existent, these baseball players are a minority by choice. The experience teaches them to be free-thinkers in dealing with love, friendship and their own sexuality. It also enables them to find the will to live in the face of death and the strength to conquer losing in a spectatorless sport.

Kong Hong is a place where everything could be found but baseball. So, producers decided to fill a gap with this work of young sexy blocks playing balls on a field and in beds.

Was it a good idea? Yes.

How entertaining an outcome? Tools look better than actions while bodies are mostly dressed.

Is it homo-erotic? In a case, tight hair-less buttocks in bath attract ones.

Is it of a general interest of youth experimenting in HK? Sure, it is.

And night Hong Kong landscapes are well depicted and broaden general acknowledgment with a place without blood-bathing, mafia, gangs and police. Good on ya, producers! 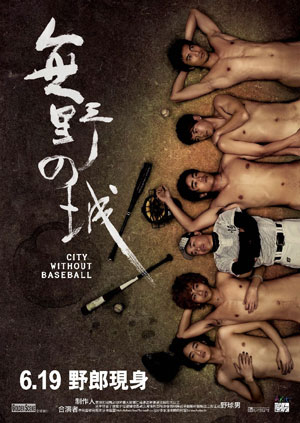 1 review for City Without Baseball 2008