A boy in his early teens develops a crush on a grown woman old enough to be his mother only to discover she is also attracted to him. Marion (Emmanuelle Bercot) is a headstrong and free-spirited woman in her early thirties who heads to the seacoast for a short vacation that coincides with the 13th birthday of her godson Benoit (Kevin Goffette). Benoit and his friends are just old enough to be enthralled with any conversation involving sex and Marion humors them by joining in their talks on the beach about the mysteries of women.

Clement is one of these movies you have to think for hours or days after you’ve watched it. It’s the story of the impossible relationship between an thirteenyears old boy, Clement, and the thirtyyears old Marion. They meet first time on a birthdayparty of one of Clements friends, Marions godchild. Marion feel flattered about Clements first overturnes. At first she think it’s fun and only a game. But for every step she take to make this relationship more serious, to be closer to Clement, she gets more addicted by these boy. She spend days with him, go in holydays with him (alone), and finally have sex with these boy. You believe Marion that she she really is in love with these boy, but you don’t know if Clement too. And at the end of these film you know that for him it was only a game (not neccessary to notice; he is 13!) This is no paedophilmovie, but it touchs everyones understanding of moral. The way the story is compose (You really think this could happen in this way, and maybe you can understand both), the work with the camera( this restles home-movie-style-camera)and especially the work of Bercot and Gueritée (You can believe every step the take) supports the reality in this movie. Sometimes you can’t believe it that some scenes are alloud to show this in TV. Nevertheless or because of this, it’s a good movie. And it’s important that the questions of moral are asked: “What you want to do with this boy?” She don’t know the answer. And that’s the cause why this relationship brooks; because such relationship have to brooke in the real life and these relationship have to brooke to make this movie serious. For such a relationship is no real basis and no tolerance. This disturbing but good movie not damn this love totally but it shows that it wouldn’t work. 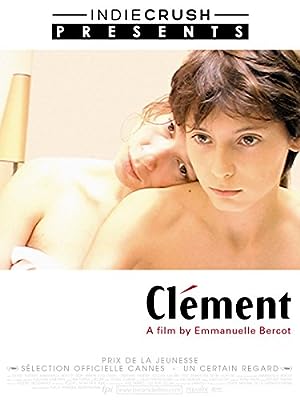 6 reviews for Clément 2001 with English Subtitles