A creative and driven teenager is desperate to escape his hometown and the haunting memories of his turbulent childhood.

This is a gay based drama about a boy, Oscar (played as a grown up by Connor Jessup of ‘Falling Skies’ fame). He has had a childhood that few would be envious of. We see some of that childhood and then move on to when he is all grown up and longing to leave his hometown and go to art school – preferably in New York.

He is a creative and gifted soul who has a best friend in Gemma (Sofia Banzhaf who I love as she was in a ‘Belle and Sebastian’ video; the stupendous Scottish band)– he also talks to his hamster who is more than happy to reciprocate. He has got to the age where he no longer knows where the boundaries are or moreover he no longer agrees with them in any case. He is also trying to cope with his burgeoning sexuality and the attitudes of orthodox heterosexuality and casual and actual homophobia that have plagued him since boyhood.

Now this is a film where the themes are more universal and the parents and home issues are also ones that many will empathise with. Jessup plays the role really well and is completely convincing, but he is ably supported, especially from Aaron Abrams (‘Hannibal’) playing his father; that said all players here are up to muster. It is also a charming film and steers clear of the sensational side of drama to keep both feet as firmly as possible in the realms of reality (talking hamster aside that is); which I very much appreciated. This is a thoughtful, well made, acted, directed and scripted film with enough going on to keep you hooked and some good, every day humour to show its human side – so very much recommended. 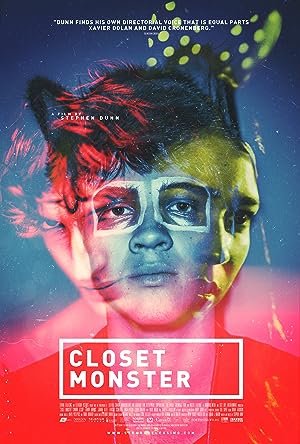